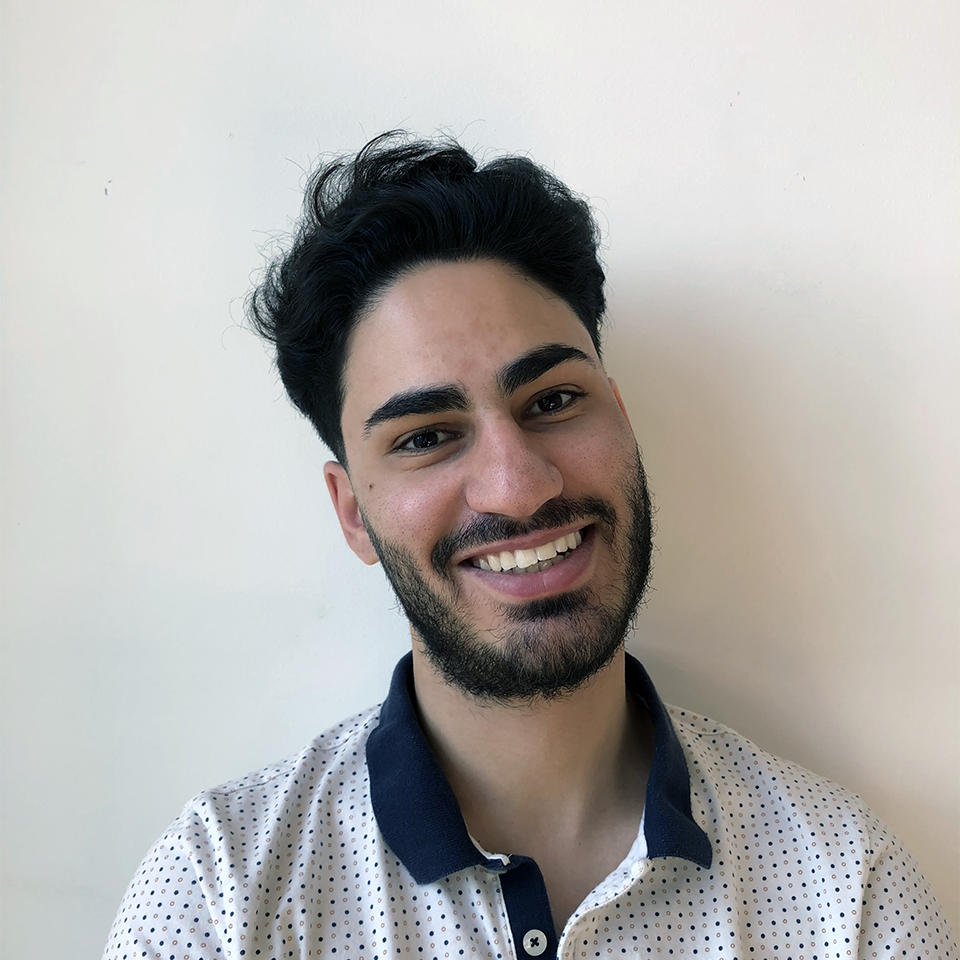 Hey! I’m a jack-of-all-trades and stalwart of the Sydney startup community.

Wildcard is a transaction account that helps you control your spending and build your savings. Put your pay into Wildcard, tell the app when you next get paid, and it’ll make your money last until Pay Day.

My main responsibilities include:

TimeChi is a Sydney-based hardware company helping people be more productive with their time. Its first product is a WiFi-connected timer that sits on your office desk, that blocks out computer and smartphone distractions (such as social media) when activated.

Uprise is a digital mental health program for large corporates. By pairing videos on how to deal with stress and burnout, with phone coaching from a trained clinician, Uprise is able to reduce a corporation’s employee turnover risk and improve productivity.

I was initially attracted to Uprise out of a passion for mental health, given my background as a psychology student.

During my time at Uprise, I picked up a plethora of new skills, including (but certainly not limited to):

Where Fluid Education gave me insight into the strategic, high-level functioning of a startup, Uprise has allowed me to drill down into its everyday operations. Others may argue that the backbone to a strong operational employee is structure and routine, however in an early-stage company, it makes sense to design systems and processes that you know will break in 2 months’ time. (This philosophy is discussed in this podcast.)

Fluid Education was an educational technology company born out of a simple problem.

My final years of high school were marked by the global transition from physical to digital resources. In 2013, every student was gifted an iPad, given its versatility, portability, and cost-effectiveness over regular netbooks.

To complement the new devices, the school’s IT department purchased a digital diary app (for the small price of $100,000) for each student to access their timetable, calendar, homework, and more. There was just one problem: it didn’t work. The digital diary was a horrendous excuse for a hybrid app, that drove teachers and students away with its unreliability.

Being opportunistic, I set myself a goal to rebuild the app in fast, native code. At the time, I had no back-end development experience, so I teamed up with a friend at the time who knew Python. Before 3 months had elapsed, we’d managed to reverse-engineer the $100K app, pulling all the data into our own database and server.

School peers saw us running alpha builds on our iPads, and began to ask for the app. We established a beta program of ~30 people, to help test and debug. After 6 months, we approached the principal with our creation... and shockingly, he agreed to install it school-wide (on over 1000 devices).

Having just graduated, 2015 was the year the two of us planned to bootstrap the app into a company, using our alma mater connections to spread across the elite group of Sydney private schools. However, my friend (now business partner) decided to take a gap year abroad in remote Thailand, leaving me to run most of the company alone.

James Alexander, of Sydney University’s INCUBATE program, saw potential in two teenagers with five digits of revenue in the bank. Looking past the challenges of a remote team with no business experience, James accepted us into his startup incubator.

Graduating from INCUBATE in October 2015, I immediately set to work pitching another startup program. This time, it was Annie Parker and Mick Liubinskas, of Telstra’s muru-D program, that threw their weight behind me. By January 2016, Fluid Education had completed its first round of equity fundraising at a post-money valuation of $1,000,000. I was 19 at the time.

Unfortunately for me, and critically for the company, this first round was complicated by my business partner’s simultaneous desire to sell his shares and exit. I had no issue with his departure – he wasn’t pulling his weight, and when the news broke, I’d already met with lawyers and mentors to plan a strategic firing. His first offer was $60,000... and my first offer was $0. Over two months, I’d negotiated him down to $10,000 and a clean exit.

The Telstra program kicked off in February 2016, and over the program’s 6 months I pivoted the product twice. The original B2B2C product morphed into a B2C product for students, and then a two-sided marketplace for students/tutors. The final product showed traction, but the mission of the company had shifted dramatically from my original desire to help students. Although my employees were behind the marketplace (we found product-market fit, and revenue, without an actual product built), I decided to fold operations.

The ‘Fluid experiment’ was seminal in introducing me to the world of startups. Bootstrapping a startup brought vital learnings: negotiating large contracts with clients, resolving internal conflicts, successfully fundraising, motivating employees during pivots.

Above all, it taught me how to craft a compelling story.

Currently in my final year of my Bachelor of Arts at the University of Sydney, with the desire to continue with a BA Honours in Psychology, and later Masters in Clinical Psychology.

I’m regularly asked at networking and social events, “why aren’t you studying computer science?” Ultimately, I see more value in a psychology degree (that exposes me to both science and arts disciplines) than a pure CS degree.

Trust me, there will be no shortage of CS graduates in the future. Rarer will be those with a technical background that also know how humans think, feel, and behave. We need people to make sense of how the algorithms we build impact human lives. The intersection between psychology and technology is where I’d rather be.

LinkedIn is the worst of social media

“I don’t know any companies that don’t use LinkedIn to spam their products or services,” said someone else, who works in the start-up sector.

Featured briefly in a 6-part miniseries on the Telstra muru-D startup accelerator program. Shot over 9 months in 2016.

The 2015 INCUBATE Winter cohort (Class 6) was the first to bring Lenovo on as a sponsor. Their inaugural ‘Lenovo Choice Award’ included publicity across their social networks, and $10,000 in Lenovo hardware. What was I to do with 10 computers?

This was my first professional interview with a journalist. Lenovo’s PR team prepped me for the interview, and dialled in to the conference call. I was terrified, and the interview lasted all of 10 minutes.

Tech leaders are gutted over the sale of the ATP

I giggled a bit when Business Insider included my comment alongside Niki Scevak and Jo Burston. This was in 2015 too – before my acceptance into Telstra’s muru-D program (when the label ‘tech leader’ may have been slightly more warranted?).

Melbourne: All of them, but especially Little Mule Café and Little Rogue Coffee.

Amsterdam: Bakers & Roasters, Back to Black.

Pug for simple front-end projects (like this site!) that can be served as static files.

No opinion on monolithic vs. microservice architecture.

Truly hybrid (fair mixture between native and web) apps are the future. See this blog post for a good example.

Forget the pixel-perfect Photoshop design. Go straight from paper to working prototype. If your product cannot delight with just Bootstrap, then something is wrong.

Spotify is, hands down, the best product of the past few years. Ridiculously easy to use, beautifully designed, and crafted with deep thought for multiple devices (their device handoff feature is unmatched).

Debit & Credit is a personal budgeting app that sticks to the basics. The interface is clean, and its integration with iOS Force Touch makes it easy to save a transaction in just 10 seconds.

Basecamp has thought of everything, the result of being developed over a decade by people that truly care about user experience. Using this product will change the way you work for the better (e.g., not every message needs to be responded to ASAP).

Spark fills the void left by Mailbox (discontinued after being purchased by Dropbox).

Ideas worth tuning into

Jason Fried and David Heinemeier Hansson have built the world’s most successful software company you’ve never heard of. They’ve been an independent business since 1999, and regularly write books and blogs on the nature of modern work.

For those in the tech industry, the Inside Intercom podcast and complementary blog is regularly good, as is First Round Review and Signal v. Noise. Tune out of the technocratic neoliberalism of Silicon Valley’s elite (Sam Altman, Paul Graham, Tim Ferriss, et al.), as their survivorship bias is unfathomable.

n+1 is a NYC-based publication, writing about society and politics. It skews left.

The Guardian is an independent voice for news and politics. It skews centre-left.

My own thoughts are sometimes worth a read.

Values I strive towards

Simplicity and clarity. It’s why Uprise’s website is served as static pages with plenty of whitespace. Products shouldn’t need a manual to use. Similarly, the best ideas are those communicated clearly, whether oral or written.

Equality and humanity. Humans should never be prioritised over entities and intangibles. Pay and treat your employees fairly. Speak up for people whose voices have been silenced.

Openness and transparency. Don’t deceive people. Allow others to be comfortable sharing both the good and the bad with you.

You know who I am, now it’s time to return the favour.

I’m in Sydney right now. Send me a LinkedIn message if you want to chat over coffee.